British Friesian cattle are a long established breed which originate from Friesland in the Netherlands. In the 1970s, Holsteins were used to improve milk production and the result today is that many Friesians are 25 to 75 percent Holstein. (Holstein cows come from Northern Germany.)

Friesian cattle are horned and are usually black and white. (Red and white varieties are only seen in Holland and not in any great number.)

The British Friesian is predominately a dairy breed and one which gives high yields over its lifetime. It is suited to the variable British and Irish climates and copes admirably with cold winters and the odd summer heatwave.

Friesian cows typically weigh around 580 kilos. Predominately a grazing animal it is able to sustain itself over many lactations. (Outstanding examples of the breed can have 12 to 15 lactations.) Protein percentages across a herd can be around 3.4%.

British Friesian cows have the ability to calve frequently in their lifetime. They have excellent conception rates; a higher number of calves per lifetime are born to Friesians than any other cattle of their kind. Calves typically weigh around 45 kilos.

They are also renowned for the quality of their milk, their versatility and longevity. Indeed, the average Friesian cow will produce around 26,000 litres of milk in her lifetime.

Although the Friesian is mainly a dairy breed, male animals are highly prized as they produce good quality, lean meat. Some Friesian beef cattle reach over 1300 kilos in finishing weight. British Friesian male calves have the ability to finish and grade well, whether as steers or in intensive systems.

With these qualities it is easy to understand why British Friesian cattle are so popular in the UK and in Ireland. 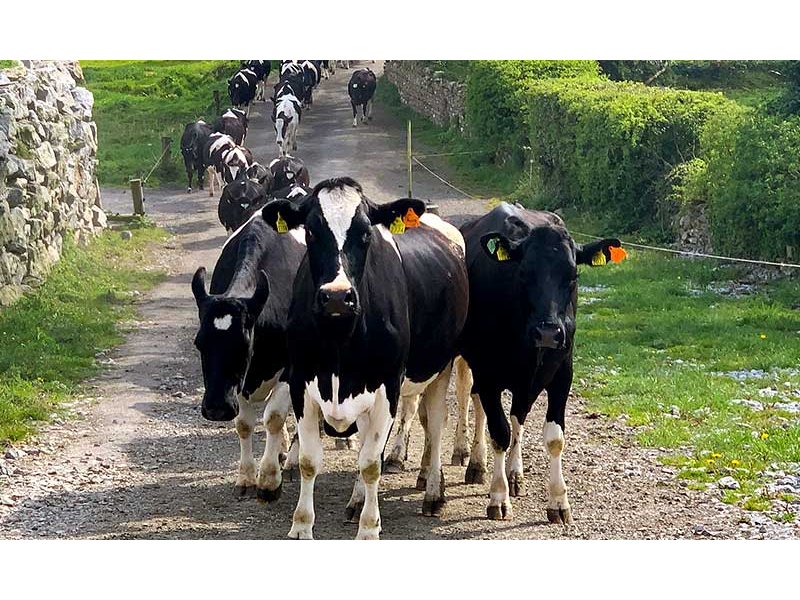