Danish Red cattle are a popular breed. They originate from the islands off the coast of Denmark. Developed from Angeln, North Schleswig Red and Ballum and crossbred with local island cattle, Danish Red are renowned for the good quality milk that they produce. Their milk has a higher butterfat (around 4.1%) and protein content (approx 3.5%) than the Holstein Friesian.

Danish Red cattle number around 40,000 in their native country. The breed is sometimes referred to as the ‘Red Danish dairy breed’. In the 1960s, the breed accounted for over 60% of Danish livestock. However, they are no longer the most popular breed in Denmark. Dutch Friesian cattle now comfortably outnumber them.

Solid red in colour, Danish Red cows typically weigh around 660 kilos. Mature bulls are usually darker in colour and weigh in at around 1000 kilos. Calves usually weigh 36 to 40 kilos.

Cows live long and fertile lives. The calving process is relatively problem free and calving intervals are just under 13 months.

Danish Red cattle have been bred to be disease resistant. Good immune systems mean that they rarely suffer from health problems. Resistance to mastitis for example is very good.

Danish Red cattle are both durable and adaptable. They can thrive in hot and cold regions. The Danish Red has been successfully crossbred and many of the resulting breeds, such as the Belarus Red, Bulgarian Red and Estonian Red have proved very popular.

Although mainly bred as a dairy breed, Danish Red beef is also highly regarded. The slaughter yield is usually around 56%. 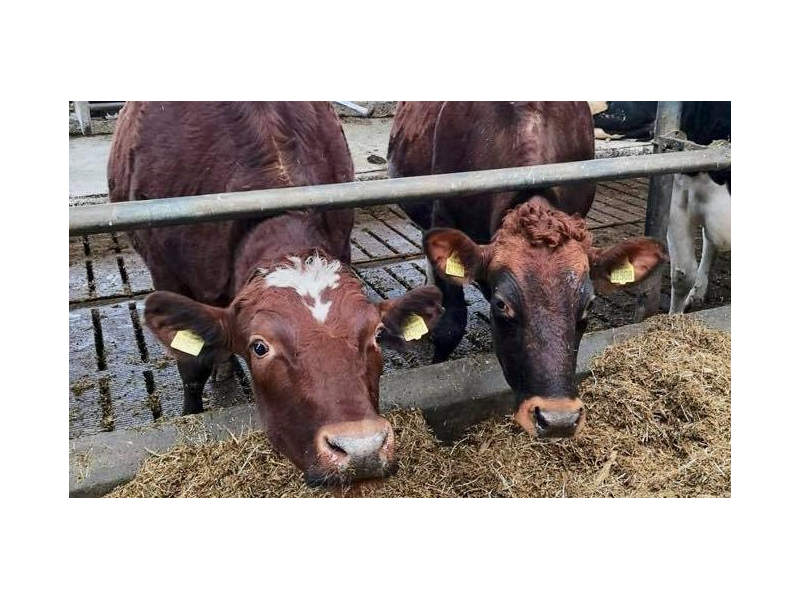