It is widely believed that the origins of Friesian cattle can be traced back to the 18th century. At this time, small black and white cattle were brought in to Friesland and the north of Holland and crossed with the native cattle. The Netherlands herdbook was established in 1873 and the Friesland herdbook in 1879.

Prior to the establishment of these herdbooks, red-pied animals were kept separately to black-pied cattle. The latter were preferred in America and today only a small number of red-pied cattle exist in Holland.

In the 1970s, Holstein cattle were imported from America to improve the milk production of the Friesian. The effects of this cross-breeding are keenly felt today. Many Friesian cattle are 25 – 75 percent Holstein.

The Friesian is able to graze on low lying and upland grassland. Selective breeding over the last century has resulted in an animal well able to sustain itself over many lactations. Milk protein levels are around 3.4%.

Unsurprisingly, the Friesian is similar in size to the Holstein. Friesian cows typically weigh around 580 kilos. They have excellent conception rates and the ability to calve frequently in their lifetime. Indeed, a higher number of calves per lifetime are born to Friesians than any other cattle of their kind. 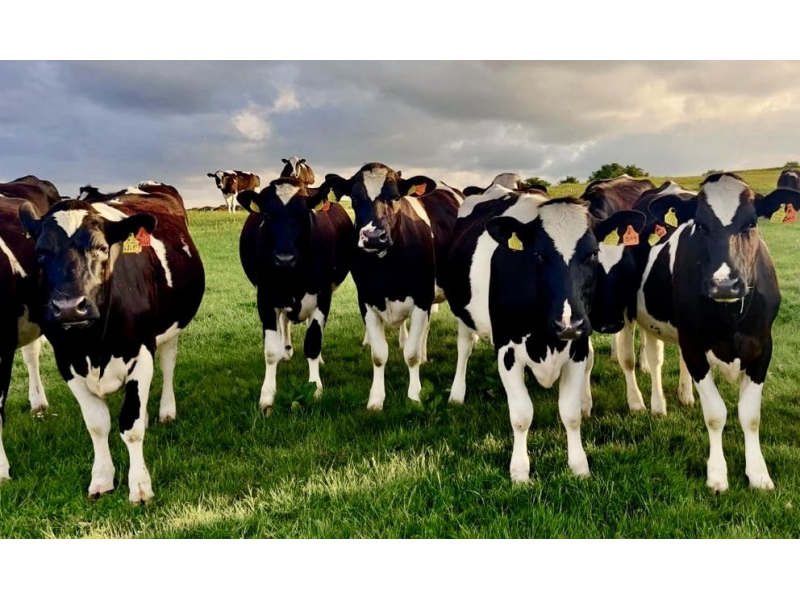