Norwegian Red cattle are an amalgamation of many different breeds. In addition to several varieties of Norwegian cattle, (such as the Norwegian Red and White, the Red Polled Ostland and the Red Trondheim) Swedish Red and Whites, Friesians and Holsteins are also said to have contributed to the gene pool. Cows are selected based on milking potential and fertility, bulls on growth rate.

The Norwegian Red has been developed as a superior strain of dual purpose cattle. This isn’t meant to sound derogatory in any way, but everything about them is average (traits that they are specifically bred for). They are of a medium size and give an average yield. Milk fat is average and so is the meat.

That being said, research has been published following the increased use of Norwegian Red genetics in several grass-based herds here in Ireland. The results are certainly positive with excellent fertility and milk solids production reported. In the trials, Norwegian Red cows produced higher percentages of fat and protein in their milk compared to that of Holstein–Friesians.

The breed numbers under 300,000 in Norway and is currently not heavily exported. However, David Clarke Livestock is able to source and supply Norwegian Red cattle to farms across Europe.

Gestation lengths are shorter in the Norwegian Red than in many other breeds and there are fewer still births. Mastitis resistance is good and fertility rates are high. Polled or horned cattle are available. 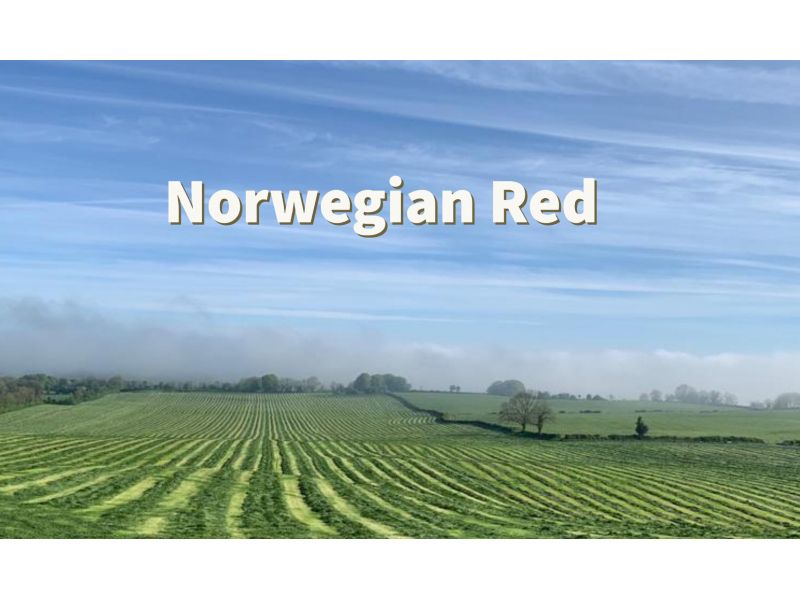